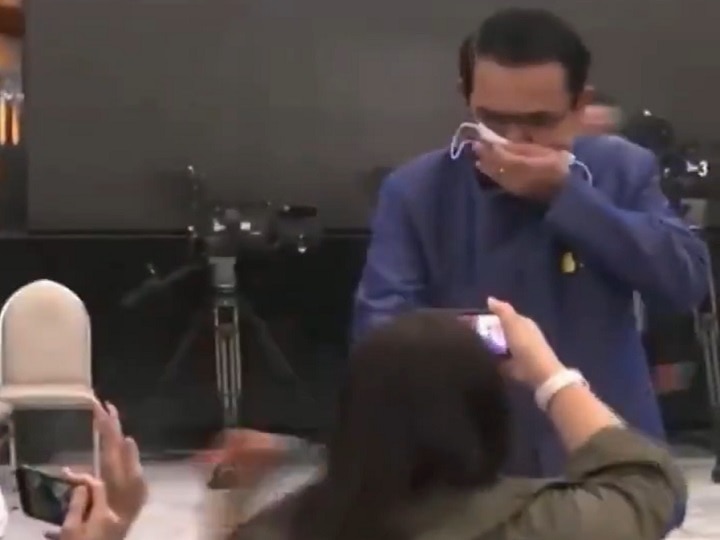 Thailand’s Prime Minister, Prayut Chan-ocha, throughout a weekly press convention in Bangkok, sprayed the sanitizer on the reporters sitting in entrance of him. Annoyed with the final query a few doable change within the cupboard, the Prime Minister requested the reporters to give attention to their work and after that took out a bottle of sanitizer and sprinkled it on the journalists sitting in entrance.

Former army commander Prayut, who got here to energy after the coup of the elected authorities in 2014, is understood for his uncommon conduct and temperament. Up to now too, throughout a dialog with the media, he threw a banana peel on the cameraman after listening to a journalist.

After an occasion within the yr 2018, he refused to speak to the media. As a substitute, he put his life-size cutout and stated which you can ask questions (cutout) from it.

Additionally Learn: Thailand: A lady strolling on the seaside turned a millionaire in a single day, you can be surprised by realizing the rationale