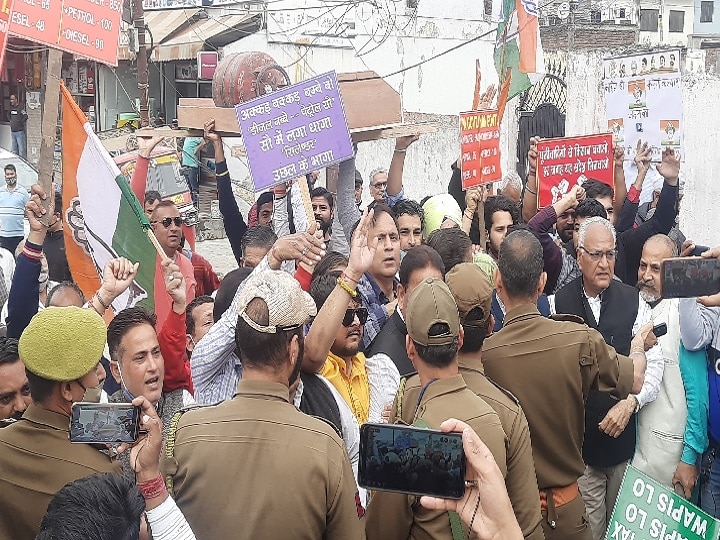 Central authorities accused of failing to curb inflation
State Congress district president Yogesh Sahni has alleged that the way in which the central authorities has did not include the rising inflation, most people is distressed and that’s the reason the Congress is on the streets. Yogesh claimed that he was going to Raj Bhavan with this request of most people, however the police had already stopped.

Hiren Mansukh wrote a letter to CM, accusing police and media of harassing him